The 7 Best Temples And Shrines In Kyoto 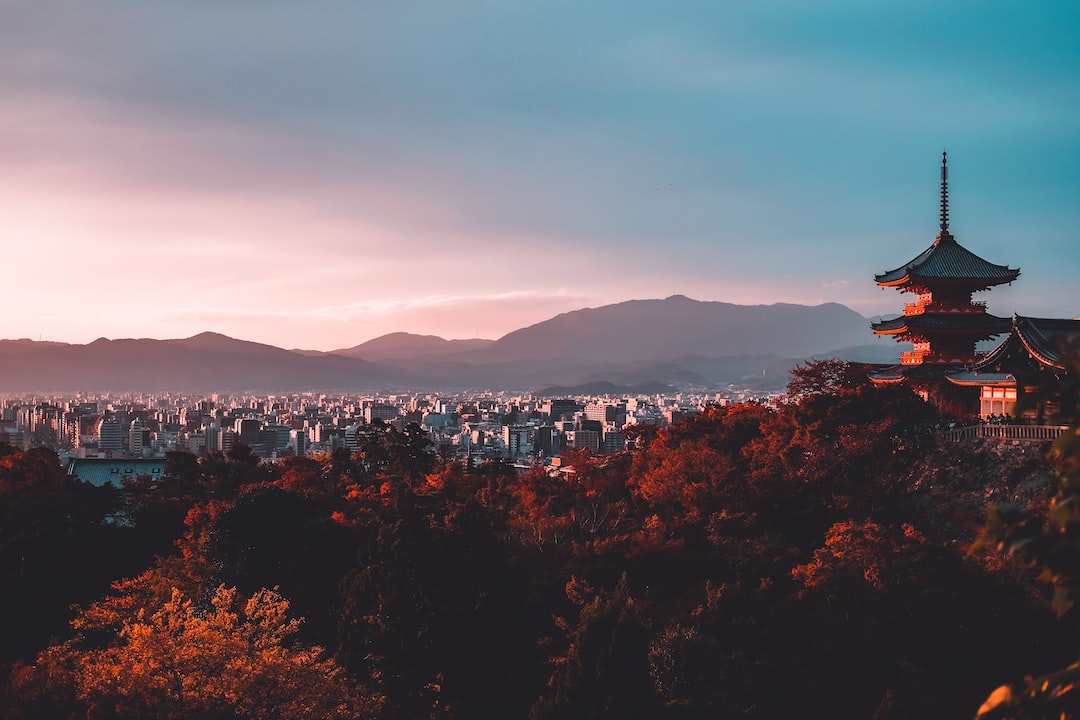 An ancient capital strewn with shrines, temples, and torii gates, Kyoto is the city most envisage when Japan comes to mind. A cultural hub and a tourist hot spot, it's at the heart of the Kansai region and a chance to experience the many traditions of the country. The city is dotted with over 1600 Zen Buddhist temples and 400 Shinto shrines, making it a non-stop sightseeing opportunity—but even with all the time in the world, some choices still have to be made. Paired with winding streets, bamboo forests, and even the occasional geisha, a visit to some of the city’s most famous Zen temples not only offers a glimpse of traditional architecture, but ancient garden landscaping as well. From calming Zen rock gardens to delicate moss-covered forests dotting the temple grounds, Kyoto has an incredible choice of beautiful temples and gardens to explore.

Gloriously golden and perched above a glassy pond, Kinkaku-ji Temple is better known as the golden pavilion. It was originally the retirement villa of shogun Ashikawa Yoshimitsu and was transformed into a Rinzai-sect Zen temple upon his death. Found in a quiet northwestern corner of Kyoto, the temple complex is surrounded by Japanese strolling gardens, with a set path for guests to follow.

Burned down during various wars and battles, the temple was also famously set alight by an obsessive monk in 1950, but has remained intact since being rebuilt in 1955. All three floors showcase different architectural styles to reflect the opulence of Yoshimitsu’s aristocratic circles. The ground floor is a striking black and white Heian-period design, the second is known as Bukke—often used in samurai houses and the third is a Chinese Zen Hall, with the top two floors gilded in real gold leaf.

Following the paths, visitors can admire the main temple in all its golden glory, try to land a coin in the Anmintaku pond, and stop for tea and a gold-leafed sweet at the tea house. The gardens are a strong example of Muromachi-period design, with buildings and grounds integrated seamlessly. Using the shakkei (borrowed scenery) style, the gardens were designed around descriptions of Buddha Amida’s Western Paradise, featuring scenes from literature and representations of Japan’s islands. Often overshadowed by the temple, the gardens are filled with scenes of careful perfection, certainly worthy of a slower stroll.

Nicknamed the silver pavilion but a far more subtle affair, Ginkaku-ji offers a quieter and more nuanced experience. Once a retirement villa modeled after the golden pavilion, it was a hub for the Higashiyama Culture movement and was converted into a Zen temple upon the death of its owner, Ashikaga Yoshimasa—the grandson of the Golden Pavilion’s owner. Known for advancing tea ceremony, architecture, ikebana, and garden design among other arts, the cultural movement extended across Japan. The temple offers an insight into these times, with beautifully maintained moss and dry-sand gardens as well as examples of rare Shoin architecture.

Somewhat misleadingly, the temple has never been silver, the nickname is simply believed to be a nod to its neighbor. It is also thought, however, to represent the silvery sheen of moonlight that fell on the once-lacquered walls. The main pavilion has survived wars and disasters alike, with substantial renovation and earthquake resistance work carried since it was founded in 1460. Perched beside a pond, the pavilion is framed by its gardens, with designated paths winding throughout the grounds.

Taking visitors past the pavilion, main hall, and through the gardens, the trails present carefully selected landscapes. Using stones relocated from ancient grounds, the garden is believed to have been designed by landscape artist Soami. Not strictly of Zen design, the dry-stone garden was a space for relaxation, with the striking sand-cone called the Moon Viewing Platform. The nearby moss garden features islands with ponds and small bridges and a myriad of moss varieties.

Currently nearing the end of extensive renovation work, Kiyomizu-dera Temple is a much loved symbol of Kyoto. At the end of a picturesque stroll through the winding streets of Higashiyama, the temple greets visitors with a grand red gate, three-story pagoda, and hall. Further inside, the main hall’s prominent wooden stage suspends visitors above the cherry blossoms of spring and golden leaves of autumn, offering views of the city far below. With work due to finish in March 2020 after over three years, the long-awaited unveiling will return the temple to its original glory.

The temple name translates to ‘Pure Water Temple’ and comes from the Otowa falls which mark the site of the temple’s founding in 778. Found at the base of the main hall, the water is divided into three streams which visitors can drink from. Extending long-handles metal cups, they can choose the benefits of longevity, scholarly success or love—but beware, sipping from all three is considered greedy.

Hidden behind the temple is Jishu Shrine, a popular spot for couples and singles alike as it is dedicated to the deity of love. Among the crowds visitors will no doubt spot wandering souls, often blindfolded as they attempt to make their way between two love-stones. Success means luck in love, and while offering a nudge in the right direction might be tempting, the challenge must be completed unaided.

Better known for its garden than its temple buildings, Ryoan-ji is a place for contemplation, reflection, and some quiet puzzle solving. A Heian-period villa converted into a Zen temple in 1450, Ryoanji is perhaps the most famous Zen garden in Japan, drawing countless visitors to admire its design.

Called kare-sansui in Japanese, the ‘dry landscape’ garden is a simple but captivating space, best viewed from the steps of the Hojo - the residence of the head priest. Taking a seat on the worn wooden steps, visitors can contemplate the placement of the 15 moss-surrounded rocks. Regardless of the vantage point, one rock always remains hidden, leaving visitors to reflect on the significance of the unusual design. Seen by some as a tigress carrying her cubs or as islands in the sea, to others it represents more abstract concepts - the garden offers a myriad of possibilities. Part of its charm, perhaps, is that little is known of its origins. With no known construction date or designer, its presence offers no facts, only space for interpretation.

Surrounding the building and its rock garden are larger gardens with a pond and a small restaurant serving the local speciality of yuba tofu. On an easy route between the golden pavilion and Arashiyama, Ryoan-ji is an ideal spot to stop off on an exploration of the northwestern side of the city.

Close to the picturesque bamboo grove forests, Tenryu-ji is an imposing temple with a long history of devastation. Found in Arashiyama, in west Kyoto, it is the most important temple in the district and is a UNESCO World Heritage site. Built on the site of Japan’s first Zen temple, Danrin-ji, Tenryu-ji was founded in 1339 by ruler Ashikaga Takauji to appease the spirit of Emperor Go-Daigo whom he had defeated in a battle for supremacy. Over the centuries, the temple has been ravaged by eight fires and had masses of land seized by the Meiji government. It remains, however, an impressive complex, with a famously beautiful traditional garden.

Left untouched by the many fires, the Sogenchi Teien (Sogen Pond Garden) was designed by Tenryuji’s first chief priest, Muso Soseki, a leading Zen monk and garden landscaper. The first location to be awarded the status of Special Historic and Scenic Importance in Japan, the garden centers on the perfectly still pond, surrounded by seasonal trees. Level paths highlight its role as a strolling garden while snapshots from Japan signify a shakkei design, meaning borrowed scenery. Carefully placed rocks, pine trees and the beautiful backdrop of the Arashiyama mountains combine to create a stunning garden, especially when tinged with the warm hues of Autumn.

An unusual and rarely visited temple, a trip to Saiho-ji takes a little more planning than most other Kyoto temples. Part of the Rinzai sect of Zen Buddhism, the grounds are open to the public, but by invitation only. Those who wish to see the temple and its famous moss garden can apply by post, and if possible, the temple will confirm your appointment by return postcard. For those granted access, it’s a chance to see the beautifully cared for gardens, carpeted in over 100 varieties of fine green moss.

Nicknamed Koke-dera (moss temple), it is a Historic Monument of Ancient Kyoto, as registered by UNESCO and is also one of Japan’s Sites of Historic and Scenic Beauty. Outdating many Zen temples which were largely built in the Kamakura Period, the temple was founded in the Nara period by priest Gyoki and even hosted much loved poet and monk Kukai. Originally part of the Hosso sect, it was later converted to Zen by the highly-respected priest Muso Kokushi.

Before admiring the gardens, guests can practice the chanting and copying of ancient sutras, placing them in the perfect frame of mind for a stroll outdoors. During winter, the gardens are closed, but visitors can instead see the main hall along with its prized 20th century painted screen doors by Domoto Insho and practice meditation.

A neighbor of Kiyomizudera known for its breathtaking Zen gardens, Kodai-ji is a perfect pitstop for contemplation in a stroll through Higashiyama. Part of the Rinzai school of Zen Buddhism, it was established in the 17th century by Toyotomi Hideyoshi’s widow in his honor.

The main buildings, including the Kaisando (founder’s hall), Kangetsudai (moon viewing pavilion), and Otama-ya (sanctuary) are designated as important cultural properties of Japan while the gardens are places of historical and scenic beauty. With the design overseen by Feudal Lord Toyotomi Hideoyoshi, no expense was spared, and the leading names of design were employed, explaining the luxurious feel of the grounds and buildings alike. Sen no Rikyu, considered the father of Japanese tea ceremony designed the tea houses, while the gardens were the work of Kobori Enshu.

Combining a variety of styles, the different areas present a perfect display of traditional design. Meticulously maintained, the rock garden is a quiet spot for meditation with seasonal trees adding a dash of color. The lush greenery of the second garden is a prime example of the tsukiyama style of Japanese landscaping, meaning ‘hill garden’. Surrounding the Kaizando (memorial hall) and its picturesque walkway, the garden features a pond and numerous autumnal trees as well as a series of carefully positioned rocks. The grounds are surrounded by those of Entokuin Temple, with combined tickets offering great value for further explorations.

For more top Kyoto city highlights (including quintessential Japanese neighborhoods like Gion, food markets, and additional shrines and temples worth visiting, like Fushimi Inari Taisha), bookmark our list of the top 20 things to do.

Thinking about a day trip from Kyoto? Consider Osaka, which bustles with fantastic street food and great nightlife while being a bit more laid-back and approachable than its siblings to the east.

And if you're spending time in Tokyo as well, this guide to the capital city is a must-read.

Where To Stay In Kyoto: Best Neighborhoods & Hotels

A Guide To Traditional Tea Houses In Japan

The 7 Best Temples And Shrines In Kyoto

The 20 Best Things To Do In Kyoto

Maldives vs Bora Bora: Where Should You Go?