Expat Food Writer Robbie Swinnerton On His Hunger For Japan

And the celebrity who first inspired him. 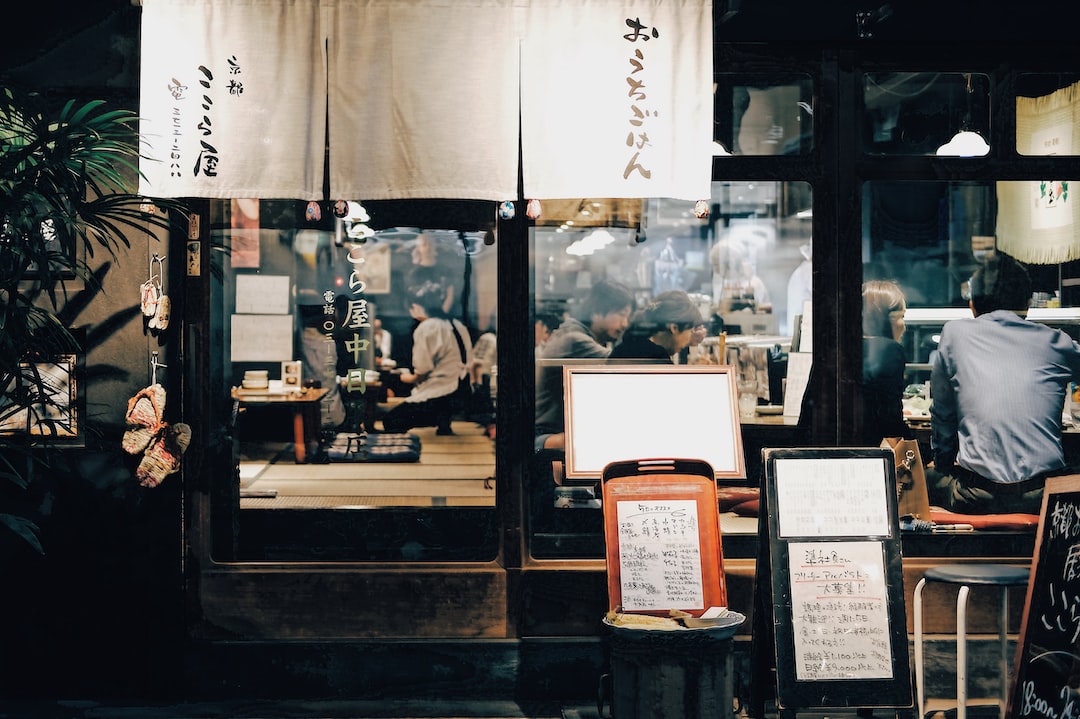 “Japanese food is what fuels me on a very, very deep level,” says Robbie Swinnerton—and it has fueled him for quite some time. This British-born food writer has been living in Tokyo for close to 40 years. He has a bimonthly column, Tokyo Food File, in the Japan Times that covers restaurant reviews, and he also manages a blog of the same name, through which he "serves up morsels from the foodiest city on the planet."

“I went to Tokyo to live and to write, but basically to live,” Swinnerton tells Journy's Leiti Hsu. The country first captured his attention in the 1970s, which was pre-Bourdain (pre-anyone) going to Japan. Says Swinnerton, “Apart from, as a kid, looking at war comics and Japan being the bad guys, Japan first caught my attention when John Lennon got together with Yoko Ono. With John being the coolest guy in the universe, it was like she was...not quite the right hand to God, but I thought she was the best.”

His first exposure to Japanese cuisine was also thanks to Lennon and Ono. He heard that they were eating macrobiotic diets, a pescatarian diet balanced with whole grains, beans and sea vegetables. “I didn’t know what the hell it was," Swinnerton recounts. "And then somebody introduced it to me and gave me some Japanese food...it cut through several layers of fuzziness in my brain to say, ‘this is food that nourishes me.’”

Swinnerton's intrigue in all things Japanese continued to build as he cultivated an interest in oriental medicine while working in Boston for a teacher by the name of Michio Kushi, who specialized not only in oriental medicine, but also macrobiotics. Kushi then introduced Swinnerton to a friend, who was looking for someone to help with communication regarding the export of Japanese food to the West. It was a serious life transition that he suddenly had to consider—“actually my first proper job in the world, ever!” Instead of the temporary, numerous jobs he had worked before, the role involved Swinnerton to, in his words, “commit to something for the first time”—and in a brand new country, no less.

“I arrived in Tokyo, knowing squat about it...except that I knew I’d find rice and fish and miso soup and seaweed,” he explains. Because his job gave him the opportunity to travel around Japan, he quickly became integrated into the country’s fabric. He visited producers making essential Japanese foods by following traditional methods (“the kind of food that Massimo Bottura would go apeshit about in Italy,” says Swinnerton), yet was struck by how these traditions were in danger of disappearing and being forgotten.

“Not very many people in Japan really wanted to eat this stuff, like shoyu soy sauce made in traditional wooden barrels and fermented for a year and a half using soy beans,” he explains.

READ MORE: 3 Reasons Why You Actually Need To Plan In Advance For The Best Trip To Japan

Indeed after World War II, every process appeared to get a shortcut. With soy sauce, manufacturers turned to soy bean meal instead of whole soy beans, and sped up the fermenting process to three to four months through artificial means, which usually involved adding additives for stabilization.

“We convinced the producers to make a batch for us reproducing organic soy sauce in the mid-1980s," says Swinnerton, "and we exported it to people who really appreciated it, more than the people in Japan. This company I was working for (a man named Kazama and the guy Kushi who was in America) helped keep alive a massive chunk of Japanese culture, and I’m very, very proud to have worked with them.” By providing an eager consumer base to these producers, Swinnerton and his colleagues were able to preserve these beautiful, traditional methods rooted in multiple generations.

As a writer, Swinnerton has covered everything from a soba sanctuary above the Harajuku crowds to Portuguese cuisine served in Shibuya’s backstreets—no neighborhood in Tokyo goes unexamined when it comes to the meals each one has to offer. And despite having tried thousands of different dishes over the last couple of decades, there remains something about Japan that keeps Swinnerton hungry...and writing.

“I find, having been there this long, there's nowhere else in the world that satisfies me with quite the same dimension that I find there.”

For more information about transportation, etiquette, food and must-see sights in Tokyo, look no further than our complete guide.

Postcard From A Japanese Home

Maldives vs Bora Bora: Where Should You Go?