When you can't go to France, bring France to you. 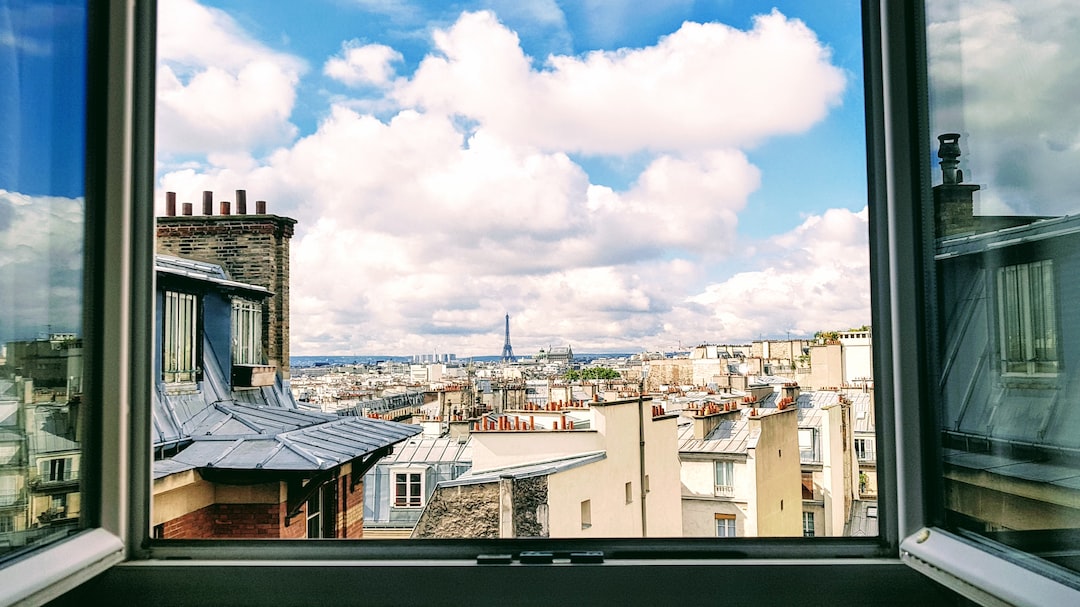 Spanning from the English Channel to the Mediterranean and the Atlantic to the Alps, France has been at the forefront of art, fashion, and food for hundreds of years—and there are no signs of letting up. While the capital city Paris attracts the most attention, the country boasts a wide variety of regional cuisines and cultures outside of Île-de-France—including historic Normandy in the north, the rocky coasts of the south, the wine regions of Bordeaux, and the Champagne haven of Reims.

As you count down the days until you can wander the streets of Paris in person, turn to this guide to bring some of the magical, je ne sais quoi romance of French culture home.

Call My Agent!, or Dix Pour Cent, follows the fast-paced lives of three Parisian film agents as they find ways keep their talent agency, A.S.K., afloat while fumbling to appease their roster of star clients. It's entertaining while simultaneously alluding to modern-day workplace realities, like the gender pay gap, ageism, and sexism. The best part about it all is that the clients themselves are actual French stars—each playing an exaggerated version of themselves in the show.

Number of seasons: 3, with the 4th expected to be released sometime in 2020
How to watch: Netflix

The Bureau, which is based on real-life accounts by former French spies, tells the story of French intelligence officer Guillaume "Malotru" Debailly. Upon returning to Paris after six years as an undercover agent in Syria, Debailly struggles to reconnect with his old self, as well as his daughter, ex-wife, and colleagues. But when he learns that Nadia, his lover from Syria, is in Paris, Debailly goes against agency policy by approaching her as the man he was in Damascus and beginning to live a precarious double life torn between love and loyalty.

Number of seasons: 4
How to watch: Amazon Prime / iTunes

The Hook Up Plan

The Hook Up Plan, or Plan Coeur, tells the story of Elsa, a 20-something living in Paris who is hung up on her ex and convinced she is perpetually unlucky when it comes to love. To knock her out of her "funk," help her move on, and renew her faith in dating, Elsa's two friends hire a male escort, Jules—but what originally started out as nothing but a hook up plan ends up working a little too well.

Number of seasons: 2
How to watch: Netflix

Marseille is the first original French language series produced for Netflix. In this edge-of-your-seat political drama of power, corruption, and revenge, Robert Taro (Marseille's mayor for over 20 years) is challenged by his young former protégé, Lucas Barres. Both are members of the "UPM" party (based on the center-right UMP, Union for Popular Movement). Taro and Barres are played by Gérard Depardieu and Benoît Magimel, respectively, both of whom have garnered large international followings and won César Awards for their work.

Number of seasons: 2
How to watch: Netflix

How to watch: Netflix

Not to be confused with the Victor Hugo classic of the same name (more on that below), Les Misérables is a 2019 film inspired by the 2005 riots in Paris, which began after two French youths of Malian and Tunisian descent were electrocuted as the fled the police in the Parisian suburb, or banlieue, of Clichy-sous-Bois. What followed was three weeks of rioting across 274 towns throughout France.

In this film, a police officer named Stéphane joins the anti-crime squad in the impoverished suburb of Montfermeil. Along with his two colleagues, Chris and Gwada, Stéphane struggles to maintain order between rival local gangs—especially after an arrest of a young child turns unexpectedly violent and the neighborhood threatens to spiral out of control.

Les Misérables premiered in May 2019 at the Cannes Film Festival, where it was awarded the Jury Prize.

How to watch: Amazon Prime

Written and directed by Woody Allen, Midnight in Paris tells the story of Gil Pender, an aspiring novelist who, while on vacation with his fiancée in Paris, begins to wander the city alone at night. When he encounters a group of familiar, 1920s-era Parisian faces—including Scott Fitzgerald, Zelda, and Ernest Hemingway—Gil is transported back in time. As he spends more nights with these literary and artistic icons, Gil becomes increasingly dissatisfied with his life—and the divergent values in his relationship.

READ MORE: 20 Films You Can Watch Now Which Will Inspire You To Travel Later

Before Sunset is the second film in a trilogy that begins when Jesse, an American played by a young Ethan Hawke, meets a French woman, Céline (played by Julie Delpy) on a train. Together, they decide to disembark in Vienna. Over the course of one night exploring the city and getting to know each other, the two fall in love, with the oh-so-important question being...will they see each other again?

This sequel answers that question: yes! Nine years after they first met, Jesse and Céline are reunited in Paris after Jesse travels there to give readings from a book he wrote about the night in Vienna when they met. Although they are both in relationships now (and Jesse has a son), their strong feelings for each other have stood the test of time.

The final film in the series, Before Midnight, takes place in Greece.

In this classic French tale based off the eponymous 1862 French novel by Victor Hugo, Jean Valjean (played by Hugh Jackman) is freed by officer Javert (Russell Crowe). However, after Valjean breaks parole, Javert embarks on a decades-long mission to return him to prison. Meanwhile, Valjean begins caring for a young girl, Cosette, after her mother (Anne Hathaway)'s death. The story ultimately reaches its resolution during the June Rebellion of 1832.

This Pixar classic tells the story of Remy, who dreams of becoming a great chef in a city known for its food. The only problem? He's a rat. So with the help of his friend Linguini, Remi devises a hilarious way to put his culinary skills to the test while remaining out of sight the entire time.

Hemingway's classic, posthumously-published memoir takes place in post-World I Paris, during les années folles (or the Roaring 20s) when he was a struggling expat writer married to his first wife, Hadley. It was during this time that creativity of the arts was at an all-time high, as Hemingway rubbed shoulders with the likes of Sylvia Beach, F. Scott and Zelda Fitzgerald, James Joyce, Ezra Pound, Gertrude Stein, Alice Toklas, and more. Be sure to write down the specific bars, cafés, hotel, and apartment addresses that Hemingway includes—some can still be found in Paris to this day.

The Paris Wife is a fictionalized account of Ernest Hemingway's first romance, marriage, and ultimate divorce with Hadley Richardson, a reserved 28-year-old who was on the verge of giving up on love entirely—until she met 20-year-old Hemingway. After marrying, the two move to Paris, where Hemingway befriends the likes of Ezra Pound, F. Scott Fitzgerald, Gertrude Stein, and James Joyce. The 2011 novel, which is written from Hadley's perspective, quickly became a New York Times bestseller.

My Life In France (Julia Child)

It’s impossible not to feel an affectionate warmth towards Julia Child while reading My Life In France, an autobiography co-written with her husband’s grand-nephew, Alex Prud’homme. Because while this “6-food-2-inch… rather loud and unserious Californian” is best known for introducing French cuisine to American homes, this book revealed a far more intimate expression of her deep love for and fascination of France — from the undeniable “joie de vivre” that so charmed Child, to the language, geography, literature, art, and, of course, sublime gastronomic culture.

READ MORE: 15 Books To Read Now Which Will Inspire You To Travel Later

When In French: Love In A Second Language (Lauren Collins)

When In French is a memoir by Lauren Collins, a writer for The New Yorker who recounts her experience falling in love with her now-husband, Olivier, in a second language. The narrative is peppered with tidbits of historical linguistic theory that explores the intersection between language and identity.

Sarah's Key offers a compelling, tragic tale of France's painful period under occupation during World War 2. The narrative is told from two perspectives as it alternates between the past and the present. On the one hand, there's Sarah, a 10-year-old girl who, in July 1942, is arrested with her family in the notorious Vélodrome d'Hiver (aka Vel' d'Hiv') roundup. Thinking she will return within a few hours, Sarah locks her four-year-old brother in a cupboard to keep him safe. And then there's Julia Jarmond, an American journalist on assignment to write an article about the event on its 60th anniversary—which leads her to begin probing into Sarah's past.

Paris, a city long-adored for its storied history, gastronomy, and culture, has even more to offer today. Journalist Lindsey Tramuta, in The New Paris, exposes the city's rapidly-evolving and entrepreneurial world of food, wine, pastry, coffee, beer, fashion, and design.

"I have not only observed the city's evolutions with studied interest," writes Tramuta, "but I have felt the prevailing debate shift from 'how can Paris (and the rest of France) protect itself from globalization and preserve its past?' to 'how can the city honor its past, while embracing and innovating in a global world?' Polarizing discussions of education, economics, race, creed, national identity, and immigration dovetail with a newfound energy that has drastically revamped the city's social fabric."

Tramuta's follow-up to The New Paris, The New Parisienne: The Women & Ideas Shaping Paris, will be released on July 7, 2020.

France-Amérique was founded in 1943 by French exiles in New York and exists today as the only bilingual French-English publication in the United States. It comes out monthly (with a digital component) and features portraits, reports, essays, and interviews on all things French life, art, literature, music, film, and more.

Sponsored by the Radio Lingua Network, Coffee Break French is hosted by a charming Scottish man named Mark. During the episodes, he coaches his student, Anna, with the level of difficulty progressing throughout the season. There's also accompanying curriculum materials on the Coffee Break Academy website (although for a fee), including detailed audio, video, and text-based lessons.

Duolingo French Podcast features a series of true stories related to the broader Francophone world. The episodes are hosted by Ngofeen Mputubwele and told in easy-to-follow French, with English occasionally peppered in for context.

News In Slow French is a short, 10-minute podcast on the week's top stories from France and around the world, along with French grammar and expressions.

Radio France Internationale (or RFI for short) is a news radio broadcasting station headquartered in Paris with an accompanying free app. Choose from RFI in English or RFI in French, two of their live, 24/7 programs covering the latest international, French, and African stories.

We interviewed people around the world to get a sense for what social distancing looks like where they are. Read what Lisa had to say about la vie in Angers, a city on the Western edge of France's Loire Valley.

Postcard From A French Home

A Backcountry Skier’s Guide To Chamonix

Top Things To Do & See In Rwanda