Where The Journy Team Is Traveling This Summer 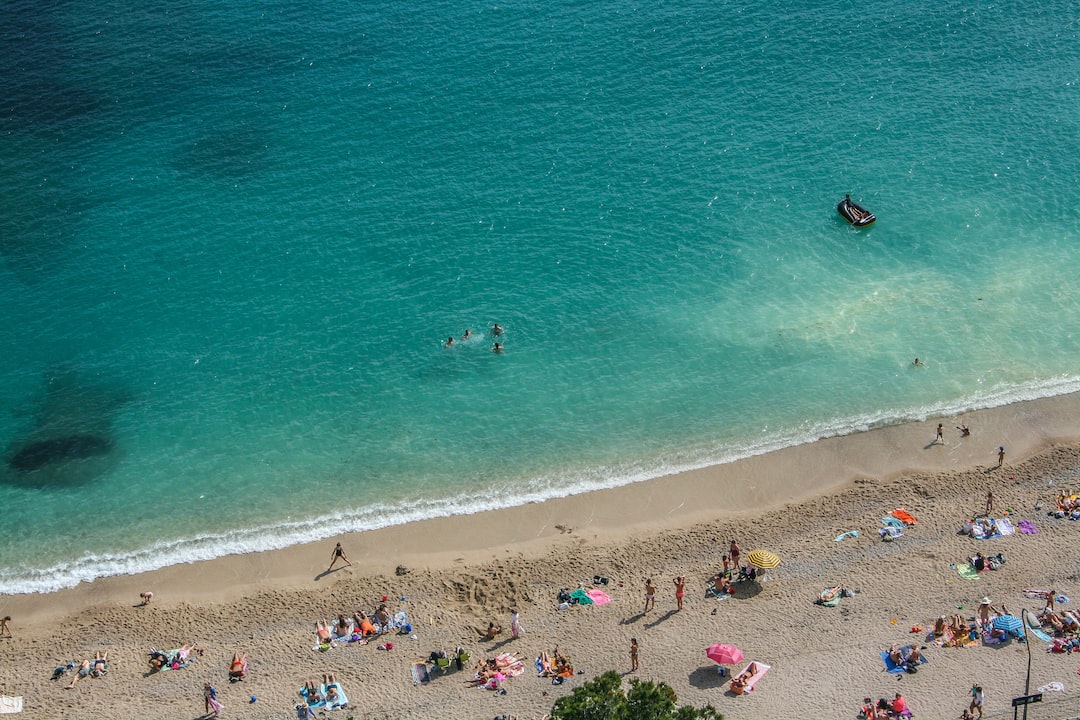 Some domestic, others international. Some bucket list spots, others repeat faves. Some relaxation, others go-go-go.

If you need us, we'll be here:

"I'm headed to Mexico City for a few days in June! I'm going with a group of friends from Seattle (who now live around the country), and it ended up being the perfect destination for us all to meet since flights are cheap and pretty short from around the US. I'm excited for tacos (obviously), visiting the Museo Nacional de Antropología and exploring the trendy places in Roma Norte, where we're staying in an Airbnb."

Singapore And Napa Valley (but not in the same trip)

"This summer, I'm excited about heading to Singapore for the first time for not just the hawker stalls but also fine dining and cocktails—it's a place that attracts talent from all over the globe; plus, our chef friends will be in town for the World's 50 Best Restaurant Awards."

"I'll also be joining a Napa Valley truck rally with my fave hospitality designers, Kristina O'Neal and the AvroKO gang. Kristina's husband Adam Gordon is an avid vintage truck collector...turns out they come in all shapes, sizes and colors. While this year's itinerary is still being set, this is what went down last summer: After a cheeky class of wine Friday night at the bar tucked behind the Medlock Ames winery, we'll start Saturday morning in Healdsburg where chef-farmer pair Kyle and Katina Connaughton of the fine dining ryokan (traditional Japanese inn) Single Thread will host a "Japan meets Sonoma blow-out breakfast." Then we'll continue along the coast in jumpsuits, eating oysters, drinking wine and ending at a lazy Sunday ranch picnic with the locals hosted by Carrie Brown of the historic store-restaurant-cafe, Jimtown."

"I'm heading to Sicily for a couple of months this summer! My grandmother is from Sclafani so I have been waiting for this since I was eight years old and first heard her immigration story. The food alone can justify a trip to Sicily, home of the cannoli. I feel Sicily is overlooked by the Amalfi Coast, but they also have picturesque relaxing beaches met by volcanoes for great hiking adventures. The island comes to life during the summer months but is not quite packed with tourists like the towns of Sorrento, Positano and Amalfi are."

READ MORE: The Founder Of Puglia's Most Respected Cooking School Wants You To Stop Thinking Of All Italian Food As The Same

"I'm headed to Korea this summer for weddings, family and healthcare—which isn't something I'm necessarily *excited* for, but I always get a 360 checkup in Korea. I go to a large hospital and spend 3-5 hours getting blood work done/MRIs/lots of testing, then I go to the dentist, OBGYN/gynecologist, dermatologist, acupuncturist and eye doctor (where I got Lasik almost 10 years ago, and it's a 2-3 hour procedure to go through 10 eye machines to check your eyeballs in every single angle and ONLY COSTS $30 WITHOUT INSURANCE!). It gives me peace of mind for the rest of the year because I have a family history of several medical issues. Korea is all about preventative care/medicine and really good at it (and CHEAP and fast, even without insurance). Also every time I go I explore new and upcoming neighborhoods, and I'll be doing that this time too!"

READ MORE: These Cosmetics Are Worth A Trip To South Korea

"I'll be camping and hiking down the West Coast in August—starting in Seattle, then Washington State, San Juan Islands and ending in LA. I've done daytime hikes before but haven't done an overnight trip since maybe middle school so this is my first big hiking trip. I'm excited (and nervous because of the mosquitos)!"

READ MORE: 7 City Escapes And The Day Hikes To Go With Them

"I'm heading to the south of France this summer for a wedding just outside Bordeaux, but we'll stop in Paris for a couple days first. From there, we're driving to San Sebastian and Bilbao to eat at Etxebarri and Azurmendi. Then we're heading to Copenhagen to do vegetable season at Noma and eat at Kadeau on Bornholm Island (it's only open during the summer). Basically I'm using the wedding as an excuse to eat at places that have been on my bucket list forever (San Sebastian namely)."

"I went to school in Boston and don't get up there to visit nearly enough, so I'm taking a weekend to catch up with friends, explore the Boston Public Market, hike the Blue Hills and peek inside the Boston Public Library (sorry, NY, I think Boston beats ya on this one). I'm also dying to eat at Peregrine, a new coastal Italian spot from the owners of Juliet that I'm crossing my fingers will be open by early August."

Journy Traveler Sarah Pace On Her Family Reunion (With Toddlers!) In Japan

Journy Traveler Jasmine Nobis-Olson On Eating Her Way Through Japan