12 LGBTQ+ Memorials Around The World

Testament to an enduring, decades-long resilience. 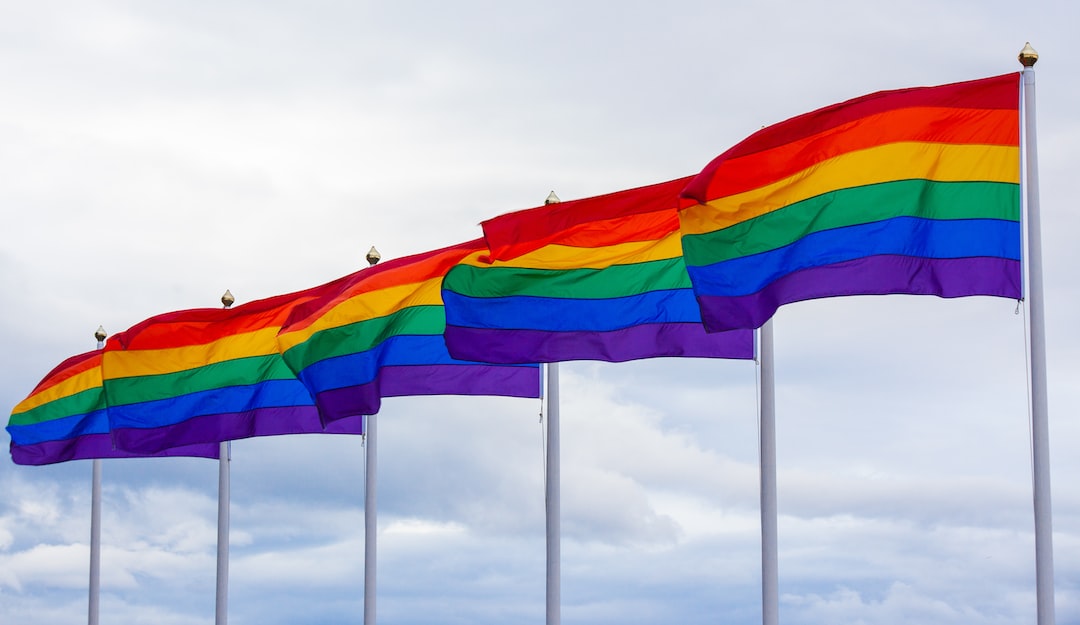 From New York City to Manchester, Tel Aviv to Sydney, these 12 monuments and memorials pay tribute to the decades-long fight for LGBTQ+ rights and equality around the world.

And what better time to recognize these installations than now—halfway through pride month and just one day after the landmark Supreme Court ruling that a civil rights law protects gay and transgender individuals from workplace discrimination?

If, like us, you're daydreaming about where to travel once it's safe to do so, look no further than these cities.

The Stonewall Inn is widely considered the birthplace of the modern gay rights movement. It was here where, in 1969, patrons fought back against what had by then become regular, city-sanctioned harassment against the gay community (at the time, it was illegal to serve gay people alcohol or for gay individuals to dance with each other). By refusing to acquiesce to the police raid that occurred the night of June 28 - 29, the 200 or so patrons at the bar that night sparked a rebellion along Christopher Street and throughout Greenwich Village that, in turn, inspired the first gay pride parades throughout the world.

As part of the Stonewall National Monument, the Gay Liberation sculpture was commissioned in 1979 to commemorate the 10th anniversary of the rebellion. The bronze structure, cast from plaster moulds from human models and covered in white lacquer, presents two same-sex couples enjoying a day in the park—a depiction of normalcy and ease that renders it all the more powerful.

In 2014, Tel Aviv became the first Israeli city to erect a monument in honor of the gay and lesbian victims of Nazi persecution under Adolf Hitler’s Third Reich. The memorial, which is located outside the LGBTQ Community Center in Gan Meir, centers around a pink triangle, which was the symbol LGBTQ+ prisons were forced to wear in concentration camps, where as many as 15,000 were killed on the basis of their sexuality. The inscription in English, Hebrew, and German states: In memory of those persecuted by the Nazi regime for their sexual orientation and gender identity. Similar monuments can be found in Amsterdam, Berlin, San Francisco, and Sydney.

A pioneer of computer science, cryptography, and mathematics, Alan Turing committed suicide after being legally outed as a homosexual in 1954. A bronze statue of Turing sitting on a bench in Manchester's Sackville Park was unveiled in 2001. In it, he's depicted holding an apple to symbolize the biblical fruit of knowledge, with a cipher etched on the bench behind him as a nod to the Enigma Machine that he helped crack. The decoded phrase reads: Founder of Computer Science.

The Legacy Project is a cultural and educational non-profit dedicated to researching and promoting the contributions that LGBTQ+ people have made to world history and culture. Their primary exhibit, the Legacy Walk, is an outdoor installation in the Lakeview neighborhood of Chicago with ten pairs of steel pylons. Affixed to each are biographical memorials commemorating the life and work of notable LGBTQ+ individuals whose achievements have been overlooked, minimized, or redacted from historic texts due to their sexual orientation. A database of inductees can be found here.

Sydney's Gay and Lesbian Holocaust Memorial is located in Stonewall Gardens, where it was built to raise awareness around the LGBTQ+ men and women who have been murdered, tortured, or persecuted due to their sexuality—including those persecuted during the Holocaust and in Soviet labor camps. The memorial consists of a pink triangular prism made of enameled steel as well as a grid of black steel columns. The result is a pink and black triangle (the symbols that were used to identify homosexual men and women, respectively, during the Holocaust) that, together, form a fractured Star of David.

This inverted pink triangle monument in Sitges—a seaside beach town just outside Barcelona that boasts a vibrant gay community—was erected in 2006 to mark the 10th anniversary of the riots that occurred after a police raid of gay men on the beach and the murder of a gay waiter by Neo-Nazis on October 5, 1996. It was the first LGBTQ+ monument in Spain and is etched with the inscription: Sitges against homophobia—Never again.

The Homomonument is a memorial located on the Keizersgracht Canal. It's composed of three connected pink triangles to memorialize the gay and lesbian people who have been persecuted throughout history. The location of each triangle is strategic, as one points towards the memorial in Dam Square, another to the headquarters of COC Nederland (the oldest continuously operating gay rights organization in the world), and the final one to Anne Frank’s house. It was unveiled in 1980, 10 years after gay activists were arrested for placing a lavender wreath on Amsterdam's National War Memorial in Dam Square. The inscription is from a poem writing by gay Jewish author, Jacob Israel de Haan: Naar Vriendschap Zulk een Mateloos (Such an endless desire for friendship).

Harvey Milk Plaza in San Francisco's Castro Muni Metro subway station (along lines K, L, or M) commemorates Harvey Milk, one of the first openly gay elected officials in the United States who was assassinated in 1978. A flagpole dedicated to Milk was erected on November 7, 1997, 20 years after his election to office as San Francisco's City Supervisor. To this day, it flies the iconic rainbow flag that has become an international symbol for the LGBTQ+ community. Photographs of Milk at various stages of his life were installed in 2006.

My Heart Beats Like Yours is a large-scale interactive sculpture by Estúdio Guto Requena that serves as a tribute to the LGBTQ+ community in Brazil. It was unveiled in 2018 in Praça da República, a park and public square where the city's first LGBTQ+ activist community met back in 1978. The structure is composed of metal cylinders usually found exclusively underground. These cylinders transmit audio statements made by members of the LGBTQ+ community, along with the sound of their heartbeats, the pulse of which informs the algorithm that impacts the pattern of the lighting at night. From above, the sculpture resembles an arrow dissolving on the ground.

The seemingly nondescript Cove Avenue Stairway, which was renamed the Mattachine Steps in 2012, is dedicated to Harry Hay who, in 1950, cofounded one of the first gay rights organizations in the United States. Originally called Bachelors Anonymous, the group was renamed the Mattachine Society after a medieval French secret society that set out to right wrongs. Hay, who was born in England but spent most of his life in Los Angeles, lived in a house adjacent to the stairs. Months after the Stonewall uprising, Hay formed the Gay Liberation Front and organized a "gay-in" at Griffith Park. He continued to fight for equality up until his death in 2002 at the age of 90.

11. Memorial to Homosexuals Persecuted Under Nazism

The Memorial to Homosexuals Persecuted Under Nazism was designed by artists Michael Elmgreen and Ingar Dragset and unveiled on May 27, 2008. It's constructed in concrete as a cuboid with six quadrilateral faces, with a window on the front side through which visitors can see a short clip of two kissing men (swapped out every two years for two kissing women). The signboard near the memorial contains text in German and English of the 1950s law that outlawed homosexuality—a law that was eventually voided in 1994.

This memorial is the third of its kind in Germany, alongside Frankfurter Engel in Frankfurt and Kölner Rosa Winkel in Cologne.

This two-story, Colonial Revival-style house was built in 1955 and, for nearly 40 years, served as the primary residence and office for gay rights activist, Franklin E. Kameny. As the co-founder of the D.C. chapter of the Mattachine Society, Kameny pioneered a campaign against sodomy laws, fought to overturn the American Psychiatric Association's definition of homosexuality as a "mental illness," and eventually became the first openly gay candidate to run for Congress. In 2009, the house was officially designated a D.C. Historic Landmark.

A Complete Guide To The Châteaux Of the Loire Valley

Top Things To Do & See In Rwanda

12 LGBTQ+ Memorials Around The World