5 Festivals In Spain To Inspire Your Next Springtime Getaway

Last-minute trip to España, anyone? 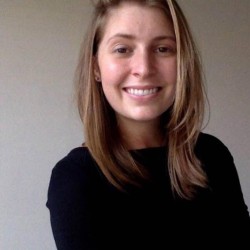 When most of us consider booking a trip to Spain, we probably imagine doing so during one season in particular: summer. What could be better than sipping sangria on a terrace, spending lazy afternoons by a turquoise sea, or getting the chance to experience the iconic Running of the Bulls in Pamplona for San Fermin or La Tomatina (tomato fight) in Valencia? Well, we’re here to tell you that, contrary to popular belief, spring—yes, spring—might just be the best time to visit Spain.

Why, you might ask? Because spring is an even better time in Spain for festivals. From March to May, España offers a little something for everyone—from the art lover to the botanist to the music festival fan. Oh, and it’s still plenty warm enough for sangria on that terrace. Last-minute fiesta in Spain, anyone?

Las Fallas, literally translated to “The Failures,” is a four-day Spanish festival of arts and culture in Valencia. During the day, you wander around admiring the innovative monuments and installations and, at night, you watch fireworks and enjoy the party. The festival’s name foreshadows the weekend’s climactic ending: the artists light all of their pieces on fire. It’s an unforgettable ride you can’t find anywhere else (and, no, Burning Man doesn’t count).

During the week before Easter, you can find procesiónes, or religious parades, thundering through cities and towns all across Spain. The participants sport a unique look consisting of tall, pointy hats that show just the eyes and floor-length cloaks and carry extremely heavy floats depicting various religious scenes. In Málaga, they take Holy Week to another level with an April fair offering spectators more than a dozen processions per day—one even features the Spanish Legion! They sell bleacher seats for those who’d rather avoid the crowds, but get ready to pay. While you’re down there, make sure to try torrijas, a seasonal sweet treat made of bread soaked in milk, sugar, cinnamon and eggs. They’re a Semana Santa staple.

May 5 - 19: Battle of the Flowers and The Patio Festival in Córdoba

Arguably the most beautiful festival takes place in the Andalusian city of Córdoba. In May, the city marks the arrival of spring with Battle of the Flowers. On this day, May 5, spectators can watch a grand parade showcasing large floats with breathtaking floral displays across the fairgrounds. It’s a full day of life, complete with colorful flowers, dancing, endless tapas, and candy thrown in the streets.

After that, the more intimate celebration begins with the Patio Festival. During the city’s 800-year Muslim rule, residents adopted the Muslim tradition of building a house around a patio and decorating that patio with fountains and flowers to create an appearance of freshness despite the stifling heat. During this May festival, local citizens open up their private patios to the public to show off their gorgeous arrangements. Some of the most famous patios can be found in Alcázar Viejo and the Jewish Quarter.

Looking for something a bit more wild? Head up to Sevilla for Feria (aka feria de abril). This week-long event is basically a non-stop street party. The week kicks off with “la noche de alumbrado,” or “night of the lighting,” which takes place at midnight on Tuesday morning. Thousands of people gather to watch the city illuminate its gate (which is re-constructed each year according to a given theme) and, from there, spend the rest of the night at the fair, wandering between stands drinking, eating and dancing. Each day begins with a parade around noon followed by a full-day (and by full-day, we mean until 6am) celebrating with bonfires, rides, games, more drinking, more eating and more dancing. Many men and women don traditional Flamenco attire, but it’s by no means essential. Known as one of the best festivals in the world (and undoubtedly the most colorful), Feria in Seville is a true celebration of life.

San Isidro may be a holiday celebrating the capital’s hard-working patron saint, San Isidro Labrador, but, these days, the festival is hardly a religious affair. All across the city in Northern Spain—in parks, in squares, near metro stops and near monuments—you can catch a free show at almost any time of the day. The program, which starts around midday and wraps up in the early morning hours, generally includes everything from intimate art exhibitions and improve shows to modern dances, political demonstrations, book readings and EDM shows. There are even orchestral performances! Buy a Mahou (the most popular local beer) for a euro from a street vendor and spend your days strolling around to stumble upon shows. San Isidro is one of Spain’s best-kept secrets.

Thinking about booking a last-minute trip to a large city (or small town) in Spain to indulge in some partying and experience one of these famous festivals for yourself? Journy can help!

If you're looking for more kid-friendly Europe ideas, turn to our family-friendly guide to the capital of Catalonia: Barcelona.

And for the perfect combination of rolling hills and stunning coastline, San Sebastian is the place to be.