A Guide To Tokyo With Kids 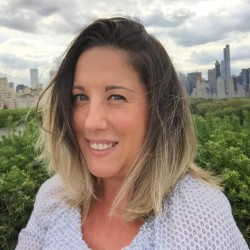 Tokyo is a vibrant city that’s full of energy. Know any kids who fit that description? This crowded, chaotic city of nearly 38 million residents is an effervescent playground for your little ones with bustling streets, shopping malls, play areas, and attractions from Shinjuku to Harajuku and everywhere in between. We’ve got you covered when it comes to traveling happily to Tokyo with the whole family—from dos and don'ts to attractions and restaurants.

Why You Should Visit Tokyo With Kids

Tokyo is one of the most visually stimulating and colorful cities in the world. In the spring, the cherry trees are in bloom and sections of the city are covered in pink petals. Shibuya (or Tokyo’s Times Square) is lit up in technicolor fluorescents both day and night.

While much of the sightseeing (and dining) in Tokyo seems to be geared toward adults or older kids, Japanese people are often overly accommodating to travelers with young kids—in the appropriate setting.

Tokyo also happens to be one of the most organized cities in the world. The metro system (though complicated) is extremely convenient and runs with near-military precision.

Tokyo will present a few more challenges than other cities when it comes to traveling with kids—especially if it’s your first trip to Japan—but that doesn’t mean you shouldn’t visit this city. Just be prepared for the following:

What To Do in Tokyo With Kids

With so many residents, Tokyo is also home to tens of thousands of children which means that there are plenty of kid-friendly parks/theme parks, restaurants (with kid-friendly Hello Kitty flair), and attractions at nearly every corner. Some of our favorites include:

We also recommend taking a day trip (or overnight) from Tokyo to Mt. Fuji.

IMPORTANT! Many attractions require advance booking, but it's not as easy as purchasing tickets online. Learn why here.

Eating Out With Kids In Tokyo

We happen to think Japanese food and kids go hand-in-hand. Even picky eaters love chicken katsu, tempura veggies, sticky ball rice, ice cream, and crepes. Japanese food in the U.S. has become so accessible in the past decade that even kids are now familiar with the proper use of chopsticks.

Back when we were kids, “Chopsticks” was something Tom Hanks tap danced to on a huge piano at FAO Schwarz.

If your kids aren’t familiar with even the most accessible Japanese food (sashimi, sushi, bento boxes, etc.), we recommend expanding their palates by introducing them to Japanese cuisine before heading overseas.

It’s extremely uncommon to see little ones eating out with their families. Japanese parents are hyper polite and, in consideration of other diners, often leave fussy kids at home. Which means, a temper tantrum over kiddie food culture shock would be a serious no-no.

Luckily, plenty of restaurants in Tokyo cater to families. You just need to do a little leg work before heading out to dinner—which Journy will happily tackle for you.

Most casual restaurants are kid-friendly. You won't find any issues getting little ones into a ramen, soba or okonomiyaki spot. Just make sure to vet them beforehand.

The good news? Japan is a paradise for snack foods (both healthy and unhealthy). Convenience stores are on every street corner in Japan, so staving off a tantrum on-the-go isn't too tricky.

You could also take a break from the heat in the summer and the frigid temperatures in the winter by trying your hand at making some traditional Japanese food in a cooking class.

When it comes to sit-down restaurants, an obvious choice is the restaurants at Tokyo kid-friendly attractions, such as Ghibli Museum and Disneyland. There are also plenty of chain restaurants here that you’ll recognize from your own childhood, such as Denny’s.

However, if you don’t want to be relegated to museum restaurants and chains, here's what we recommend:

Alice’s Fantasy Dining isn’t just kid-friendly—it was basically created with kids in mind. You can’t go wrong at this Alice in Wonderland themed spot. The servers dress like Alice, and the dining room is decorated in oversized playing cards and vintage clocks.

This spot is a local chain, so you’ll find several of them throughout the city.

Chano-ma is another restaurant that was created specifically for little ones in mind. It’s a spot that caters to kids, so you’ll find plenty of local moms lounging in the large booths. They specialize in light fare, including salads and sandwiches. You’ll also find pizza and pasta on the menu.

If you’re hoping to introduce your kids to some Japanese food in Japan (because, why wouldn’t you?), Kichiri Mollis is one of the few sit-down kid-friendly Tokyo restaurants on this list. The décor is upscale but minimal—and there’s plenty of options for kids here.

Picky eaters rejoice! We absolutely love Sunshine City because there are tons of options here. One of our favorite options (for both kids and adults) is Gyoza Stadium. It’s a food amusement park (yes, another reason to head to Japan immediately is that this country is home to food amusement parks), specifically featuring gyoza.

This complex is also where you’ll find the Sky Circus Sunshine 60 Observation Deck.

Tips For Visiting Tokyo With Kids

While Tokyo can be somewhat challenging for families, it’s definitely not impossible. All you need is a little hutzpah and a few tips to keep your vacation running seamlessly.

Looking for more information to help you plan your family-friendly trip to Japan and educate the little ones on all things Japanese culture? Look no further:

The Ultimate Guide To The Mysterious Blue Town Of Chefchaouen, Morocco

How To Plan Your First Trip To Japan: 2020 Travel Guide & Itinerary